The first time Nate and I were talking about gyros, he told me that his friends (who were from Greece) pronounced it ji-ros, and that that was the correct way to say it. I told him he was wrong and that it was pronounced like yuros. Yesterday when he wrote it on our menu he wrote “euros” so I think that means my pronunciation is corrected. Also, it probably means he was lying to me before.

1. Place beef in slow cooker.
2. Mix oil, lemon juice, garlic, oregano, salt and pepper in a small bowl.
3. Pour over beef, turning beef to coat.
4. Cover and cook on low for 4 to 6 hours (until meat is tender) 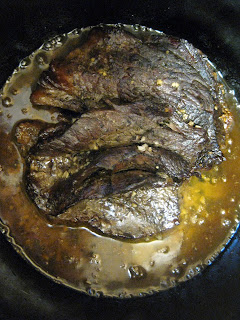 5. Make sauce by stirring together ingredients. 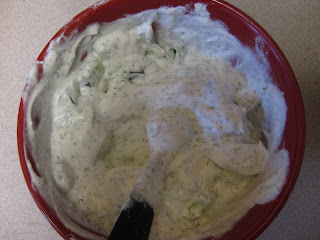 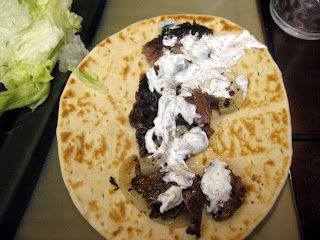 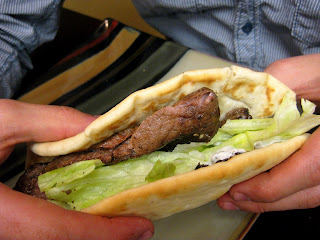 These turned out to be delicious, and its such an easy recipe. I love being able to throw something in the crock pot in the morning, and to come home to a delicious smelling kitchen when I get home from work. The sliced beef we used for this was absolutely perfect! (If you’re going to use a whole roast, you probably need to cook it about 1-2 hours longer than I suggested). We’ll definitely be making this again. Maybe we’ll try it with lamb next time.

Hi! We are Ellen and Aimee, the mother & daughter duo behind this blog! Here we share our favorite recipes that will quickly become favorites for your family as well. Read More

Get our New Recipes

Thank you! You have successfully subscribed to our newsletter.

Get Our Book! 50 Fixes For Brownie Mixes

Get our New Recipes

Thank you! You have successfully subscribed to our newsletter.

This blog contains affiliate links. We include these links to help you find products that we love and use in our recipes. If you purchase an item from the link on Like Mother Like Daughter, we will receive a small percentage of the purchase at no extra cost to you.  Like Mother Like Daughter is a participant in the Amazon Services LLC Associates Program, an affiliate advertising program designed to provide a means for sites to earn advertising fees by advertising and linking to amazon.com